The independent scientific academy of the UK and the Commonwealth, dedicated to promoting excellence in science.

The Royal Society is the national academy of science in the UK and is a self-governing Fellowship of many of the world’s most distinguished scientists drawn from all areas of science, engineering, and medicine. It is also a charity. The Society’s fundamental purpose, reflected in its founding Charters of the 1660s, is to recognise, promote, and support excellence in science and to encourage the development and use of science for the benefit of humanity.

A major activity of the Society is identifying and supporting the work of outstanding scientists by the awarding of grants. The Society supports researchers through numerous grant schemes, including its early career schemes, senior career schemes and innovation and industry schemes.

For the previous 10+ years prior to 2017, the Royal Society had been using their own in-house software system to manage grant schemes.

This legacy system presented several problems for the Royal Society: the software had become dated, it was becoming increasingly costly to extend, and maintenance was becoming an issue.

The Royal Society was therefore looking not only for a new Grant Management System that allowed them to take advantage of modern efficiencies, but a partner to help them streamline their workflow and manage the transition to a new platform.

They chose Flexi-Grant® to help them do this.

To deliver the project, we worked in close partnership with the Royal Society’s Grants Management and Finance teams, as well as their IT team and paid careful attention to the needs of the organisation’s Fellows, which were of paramount importance.

At Flexi-Grant®, we believe that developing a successful partnership is not just about installing new software but standing alongside the client to help them deal with business transformation and business change. To do this we developed a hands-on approach to solving a number of key challenges, including:

The Royal Society knew that their old system, combined with non-standardised workflows, meant that they weren’t working as efficiently as they could be. We helped them to make improvements by challenging the way they currently work, identifying the common ground between grant programmes and mapping out new procedures that made use of Flexi-Grant® features, making their workflow less labour intensive.

One of the biggest challenges that organisations like the Royal Society face are managing the change to a new system for all key stakeholders. The issue here was how to implement it with their staff, while those same staff continued with their busy everyday roles.

We knew from experience that it was best to take a direct approach here by building trust and enthusiasm in the change right from the initial discovery process. This meant stakeholders could see we were helping them to think differently about how they can work more effectively. From the outset we ensured staff could see for themselves how easy the system was to use by providing early access for staff to explore the system prior to migration. This was followed up with tailor-made training programmes to ensure staff were given appropriate guidance in using the system.

We worked closely with the Royal Society’s IT team during the implementation of Flexi-Grant®, working both as a supplier and as additional technical resource on the client-side to drive the project forward.

Because grant giving never stops, the Royal Society’s old system could not be switched off without considering the impact to existing live applications and grants. This meant we had to introduce a phased approach to data migration, transferring data only once a grant had been awarded. The data was cleansed and reconstructed to be compatible with Flexi-Grant®, resulting in the system being able to automatically handle a wide variety of administrative tasks at the point of migration that had to be done manually using the old system.

Working with the Royal Society to plan new workflows, implement their new system, and migrate their data was a project that took almost two years. We didn’t just work with them as a third-party supplier, but we built an ongoing, long-term partnership that enabled us to add value and impart our technical experience onto their organisation. 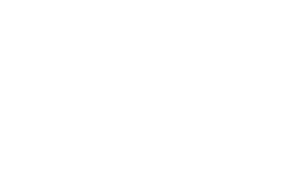 “The migration from our old GMS to Flexi-Grant® was complex given the Society’s wide Grants portfolio. Fluent helped us carefully manage a staggered transition and provided all the support necessary to get staff onboarded efficiently and effectively, while also working with us to try and streamline any common processes along the way.”

This website uses cookies to improve your experience while you navigate through the website. Out of these, the cookies that are categorized as necessary are stored on your browser as they are essential for the working of basic functionalities of the website. We also use third-party cookies that help us analyze and understand how you use this website. These cookies will be stored in your browser only with your consent. You also have the option to opt-out of these cookies. But opting out of some of these cookies may affect your browsing experience.
Necessary Always Enabled
Necessary cookies are absolutely essential for the website to function properly. This category only includes cookies that ensures basic functionalities and security features of the website. These cookies do not store any personal information.
Non-necessary
Any cookies that may not be particularly necessary for the website to function and is used specifically to collect user personal data via analytics, ads, other embedded contents are termed as non-necessary cookies. It is mandatory to procure user consent prior to running these cookies on your website.
SAVE & ACCEPT